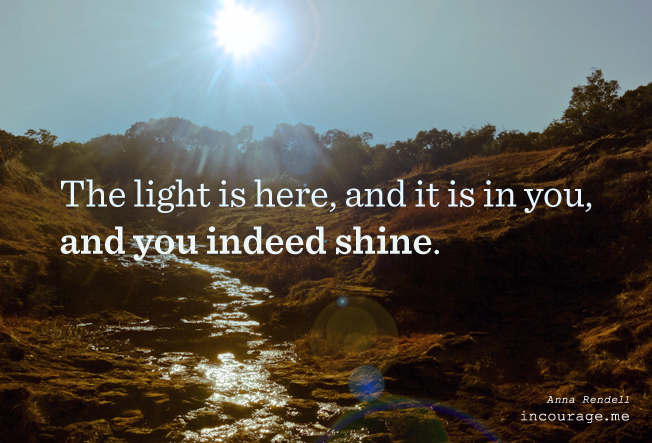 “…the Word gave life to everything that was created, and His life brought light to everyone.” John 1:4 (NLT)

My two year old loves his Jesus Storybook Bible, with its sweet illustrations and Scripture woven as story. He began requesting ‘the John one’ a couple weeks ago, and each night I happily settle into his teeny bed and read him the story of John the Baptist. He giggles at the drawing of a camel-hair-clothed John, complete with beard and scraggly hair, a jar of honey and locusts in hand. He listens intently as I read of God’s never-ending love for us and the song John sang about it. He sees the drawing of people being baptized and says, ‘Dey are in de water!’ And he points to Jesus, waiting on the bank to be baptized, and says His name sweetly, as only a two year old can, ‘Jesus standing dere.’

Last week, my son waited until the story was finished and asked me a question. Sometimes his two year old lingo takes some translating, and I couldn’t quite get what he was asking, until he took the Bible, turned to the last page of the John one, and pointed to a sentence, repeating, “What ‘breaking through’ mean?”

Join me at (in)courage today, and read the rest of the story!