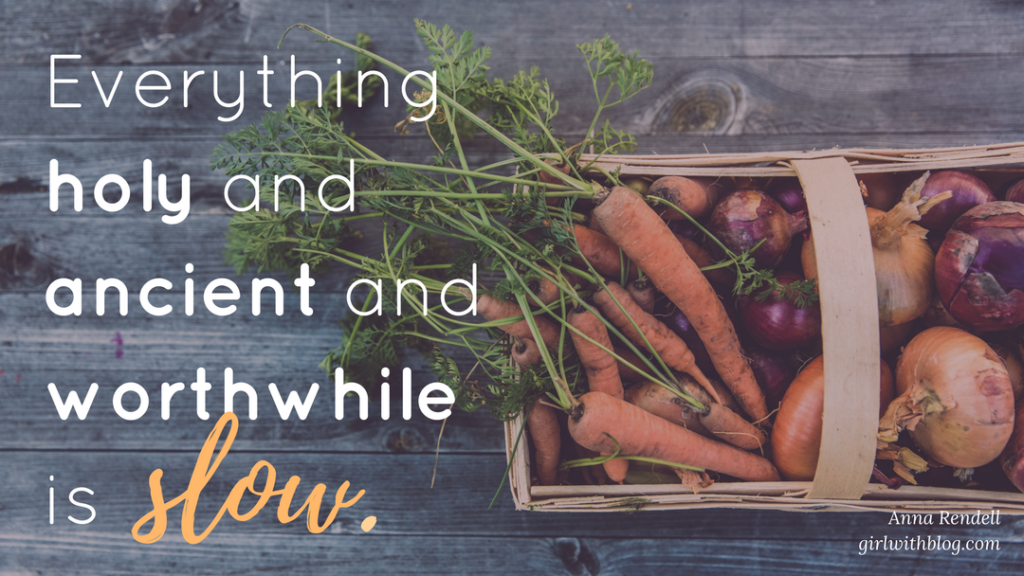 I’ve realized recently that I’ve been wearing stress like a badge of honor.

I realized that whenever I walked into a room, I was huffing and puffing, rolling my eyes at the circus act that it took to bring three kids in to any place. Which yes, is a sweaty hustle-y mess because three bags and three carseats and three jackets and six shoes to Velcro and a double stroller and ONE MOM literally juggling all of it. But it is no different than any other mom of tiny children doing this physically taxing job, and I realized that none of my friends were making a show out of the already-crazy.

I realized that I was hustling from home to preschool to drive-thru to activity to home, and from task to task to task to task at home. That even though we aren’t filling our days with more than part-time childcare, preschool and church, that is overly enough once you add in meals, snacks, laundry, vacuuming the dog hair, getting people dressed, packing lunches, work, and all the other dailies that crop up. I realized that once there are sports, school, and other extras in the mix, having set the standard tone of hustling around won’t set us up to succeed – it will destroy us.

I realized that I was being owned by my to-do list, glorifying the amount that I could get done while still feeling like I hadn’t done enough of whatever was left undone – often my own writing (because as many moms, I put myself last) and playing with my kids (because I don’t like playing. I just don’t. Give me books to read or snuggling or teaching them or coloring, and I’m in. But playing Legos and ‘guys’ and actual toys… not so much.) That list gives me anxiety, not life.

I realized that I was hamster-wheeling out of control and taking my whole family down with me. That at the end of the day I was consumed by guilt for missed opportunities and tasks left incomplete, panic at the thought of doing it again tomorrow, and an ache to go pick up my kids from their slumber just to cuddle. I was stretching like Mrs. Incredible, except real people aren’t made from elastic and when stretched too thin we snap. I realized that I hadn’t lived out my very favorite scene in much too long – a steaming cup of cinnamon tea, my lean-back armchair, and a good book in relaxed hands – because it felt too self-indulgent, as there was always more to do.

I realized I was sacrificing holy moments for hustled ones. And I realized that I was not ok with that.

I realized that slow is holy. That everything holy and ancient and worthwhile is slow.

All holy. All ancient. All worthwhile. All slow.

Since these epiphanies, I’ve been gradually extracting myself from the hustled life I was living (and forcing my family into) because God has not called me to hustle. He’s called me to be still. In so many words, in SO many Scriptures —

As summer begins its slow wind-down into the glory of fall, of new life breathed into dead stumps, I’m asking the Lord to do the same inside my heart and home. I’m making more white space on the calendar, room for friends and family and grace. I’m writing no more than three to-do’s on my task list each day. I’m reconciling my need for success with His stories of success, because those have two very different end results. I’m learning to embrace stillness, to welcome rest, and to lean into slow.

Because at the end of the day, when I close my eyes, all I want hanging over my head is love.

Tweet: ‘Everything holy and ancient and worthwhile is slow.’ via @anna_r: https://ctt.ec/5tdDy+